Re-configuring 'Christian Unity': Towards an Ecumenism of 'Manyness' 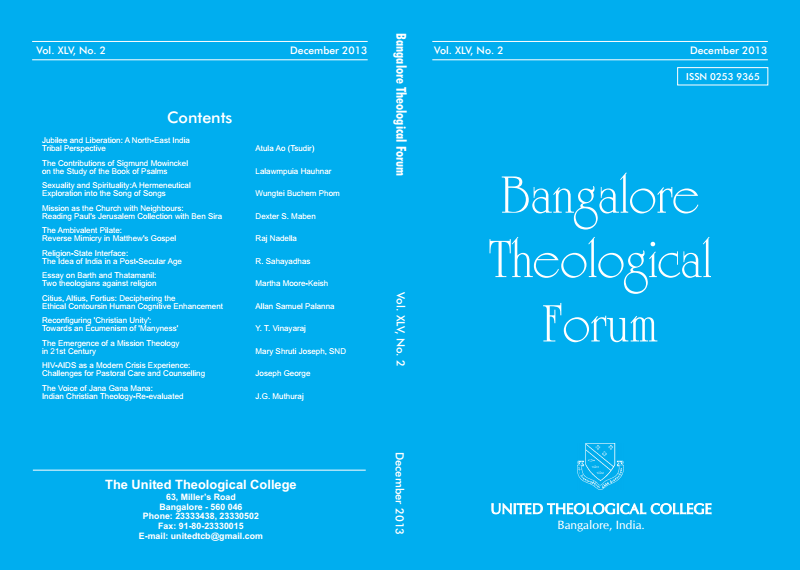 Re-configuring 'Christian Unity': Towards an Ecumenism of 'Manyness'

The logic of Oneness is not just a western product. it is the content of all totalitarian and hegemonic logic and practices. In Indian 'Orthodox' philosophical traditions, there is a parallel logic of unity-Advaita which has been used by the early Indian Christian  theologians as an 'indegenized' form of christian unity. Advaita speaks of a non-dualistic monism which provides the ultimate authority to Brahman-the Almighty and a degraded status to the world and human. the logic of unity conceived by Advaita was not capable enough to address the question of marginalization caused by caste hierarchy and oppression. like Oikumene of the western Christian theology, the Oneness offered by the Hindu-Brahmanic theology was also bogus and hegemonic. The case of Dalits in India remains as a typical example of the effect of all theologies of Oneness. Ecumenism of 'manyness' in India finds its foundation in these multiple contentions, however, not based on their identitarian positionalities.